Swedish Immigrants, Charles and Hanna Larson, purchased this site in 1878 and the winery stands upon their original homestead. Four generations later, the Larsons continue farming the land.

On the hill top of moraine soils left from the receding glaciers, the vineyards of Snus Hill were started in 2000 when John & Diane Larson planted the first acre of Frontenac and Marechal Foch. Each year was followed with another acre planted of a different variety. In 2003 and 2004, the dream of a commercial vineyard became a reality when Snus Hill Vineyard sold grapes to Summerset Winery. 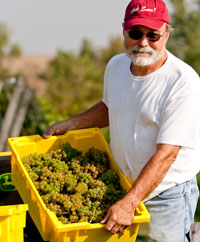 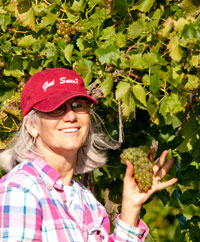 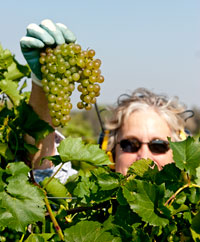 John’s sister, Linda  Melin, moved back to Iowa in 2004 and further discussion of building a winery lead to the start of Snus Hill Winery in 2005. Also moving back in late 2004, was Linda’s daughter Melissa and her husband Chris. And, in 2006 with the birth of their daughter, Emma Ruth, the next generation was started.

The Snus Hill Winery name is reflective of the family’s Swedish heritage and their
love of cats. Snus is the name of John and Diane’s affectionate and beguiling
tobacco brown Burmese cat. The cat got his name from an old Swedish chewing tobacco (Snus). The white cat on the labels was chosen to represent their platinum Burmese cat.

no events are scheduled at this time - please check back soon!
MORE >>